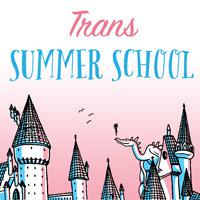 Gender is a huge subject that might be even more complicated than you think. For starters, sex (a biological determination) and gender (a social one) are two different things, though they're definitely related, and neither one is simple. When it comes to sex, which people often think of as "male" or "female," did you know that the American Psychological Association estimates roughly one in every 1,500 babies is born intersex? Intersexulity can look like all kinds of things, and sometimes like nothing at all, with some people not even realizing that they have an extra sex chromosome or an endocrine system with some special features until adulthood. Right out of the gate, gender just isn’t ever as simple as “girl” and “boy”!

Trans Summer School: Say My Name, Doc, and the Administrative Side of Coming Out