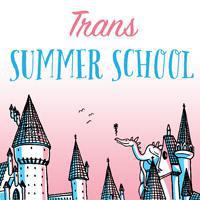 Whether someone peeped at your reproductive organs in utero or they waited until after you popped out into the world, one of the first things people probably defined about you was your sex, on the basis of what they found between your legs. Ever since, you’ve been stuck with the assigned gender label of “male” or “female,” and all the baggage that goes along with it. Well, here’s your chance to set that baggage down for a bit, because we’re going to go in deep on sex, gender, and identity.

Not that kind of sex, you dirty dogs, you. Nope, we’re talking about an arbitrary assignation made on the basis of an external physiological trait. If your reproductive organs are mostly on the outside, they probably decided you’re a boy, and if they’re mostly on the inside, they probably decided you’re a girl. If you’re questioning the wisdom of that decision, you’re not alone.

First of all, sex isn’t actually a binary. Remember the variations with sexual development we talked about last time? In about one in every 1,500 babies, someone’s “sex” can’t actually be so easily assigned. Sometimes, it’s because they have reproductive organs or genitals in a creative arrangement that doesn’t quite consist of Tab A or Slot B as we recognize it (people used to refer to individuals in this situation as “hermaphrodites,” but we won’t, because it’s rude and incorrect). Historically, doctors recommended that parents basically pick a sex so they could go in and surgically correct infants born like this.

Lately, that’s changed. Advocates who identify themselves as intersex or as having DSD have pushed back on the belief that infants immediately need corrective surgery if they don’t “look right.” While babies may need surgery in some cases to address serious anomalies that interfere with their quality of life (like, say, if they don’t have fully formed urethras), people argue that others should be left to grow up and make their own decisions about their bodies — because genital modification is a pretty big deal!

After educating myself on intersectional feminism, gender identity, sexual orientations etc, I began to understand myself and it made me very happy. There was nothing shameful in being me! There was an experimental period where I changed labels and pronouns on the internet to see which I was most comfortable with. I identified as nonbinary, used they/them pronouns, then I identified as agender and accepted any pronouns, then genderqueer, then transmasculine....none of them fit me, I knew that trans man and he/him pronouns were the best. I always felt that it was who I am, but I wanted to explore other possibilities as well.
— Eren X., 17

BUT, we’re not done! Because sometimes someone’s born with a bog-standard set of reproductive organs and no obvious sign that they have a disorder of sexual development, but, guess what...their chromosomes don’t fall out along XX or XY lines. People can actually have three sex chromosomes (XXX, XXY) or even more! Depending on the specifics of their genetics, they may superficially appear male or female, but they could develop unexpected physical changes during puberty, like a lower voice, more body hair, surprise breasts, or other things. Some people with DSD also experience irregular menstruation and fertility issues, which is when they might find out about their condition. Others likely happily carry their extra chromosomes to the grave with no one the wiser.

So, sex: Not as simple as advertised, it turns out.

People often think of gender and sex as interchangeable, but they aren’t.

Gender identity refers to how people interact with the social constructs surrounding gender, and how they define themselves in reference to those constructs. Lots of people who are assigned female sex at birth, for example, also identify as women, and they may express their gender in a variety of ways — some, for example, lean in the femme direction and like wearing makeup and dresses and skirts. Others prefer jeans and flannel shirts! There’s no one right way to do gender.

When people have a gender identity that matches the sex they were assigned at birth, they’re cisgender (fun fact corner: “cis” comes from a chemistry term meaning “same”). Cis people experience incredibly diverse perceptions of gender, and they often feel frustrated by being locked into gender roles set out by society: For example, men experience pressure to be stoic and unemotional, while women often feel compelled to stay out of math and science because real ladies aren’t supposed to like that kind of thing. (Don’t tell Marie Curie.)

But there’s a difference between plain ole diverse experiences within the cis community, and people who are trans and otherwise gender nonconforming.

Other people (like maybe you!) don’t feel comfortable with the gender people have arbitrarily slapped onto them because of the sex they were assigned at birth. That discomfort can take a lot of different forms, from a mild sense that something isn’t quite right to a violent mismatch between the way people perceive you and the way you really are. We talked to lots of trans youth like your fine selves about how they came to an understanding about their gender, and you’ll be hearing from them over the course of this series, but the thing we kept hearing over and over again was this: Don’t buy into the myth about needing to feel “trapped in the wrong body” to be “trans enough,” because there are tons of ways to learn about and conceptualize your gender.

Some people identify as transgender (TG): The gender people keep insisting on saddling them with is incorrect. They may be binary (men or women), nonbinary (all kinds of things, like genderqueer, genderfluid, genderflux, demi, neutrois, enby, and much, much more), agender, or something else entirely.

As a kid, I was pretty comfortable with my assigned gender, though I have to note that I also varied wildly between being gender conforming and nonconforming. During high school I wondered if maybe I was binary trans — because my assigned gender simply wasn't right. At the time, I wasn't particularly well-informed in regards to many things and ultimately concluded, "well, I'm not that, so I must be what everyone else says I am." Got a little bit older, learned a few more things, and finally it clicked: neither was not just an option, but it was me.
— Jay B., 21

Some transgender people also identify as transsexual (TS): They experience dysphoria, a sense of discomfort and tension with their bodies that can be quite extreme. When they can, these individuals usually pursue transition, which we’ll be talking about at length later, but may include the use of hormones and reconstructive surgery alongside changing the way they dress, style their hair, and interact with society.

You don’t have to identify as a man or woman (on the gender binary) to pursue transition, and a growing number of clinics are making room for patients who need medical and/or surgical transition services but don’t fit into one of those two, tidy boxes. You also don’t need to consider yourself to be transsexual to transition — it’s a term that’s most commonly used among binary transgender people. (By the way, please, please, please never say “tranny,” because it’s offensive, and it’s used to hatefully target TG/TS women. We love our beautiful trans sisters, and we don’t want to contribute to the transmisogyny — that's a specific kind of transphobia directed at trans women — that they experience.)

Other people view themselves as gender nonconforming: They aren’t cis, but they’re also not trans, and they have a complicated relationship to gender. They might identify with one or more of the terms used above (a genderqueer woman, for example). Gender nonconforming people can express, explore, and play with gender in a huge and exciting variety of ways, from utilizing clothes and makeup to change their presentation to participating in historically gendered activities. Not being trans doesn’t mean that medical and/or surgical transition isn’t an option for them if it’s something that they’re interested in.

Much of the discussion about gender here is rooted in Western definitions of gender and relationships to it. But the world is a big place, and lots of different cultures interact with gender differently. People may not identify as trans or gender nonconforming, but wouldn’t necessarily match what we think of when we visualize cis people. Others may identify with unique culturally specific terms, like the Muxes in Mexico, who identify as a third gender, or India’s Hijra, who just recently received legal recognition. You might find some interesting gender traditions within your own cultural heritage, and we’d love to hear about them!

We already know that transness isn’t something people make up for fun, but actually, science agrees with us. In research looking at binary trans people, studies have found that the “trans brain” is actually slightly different from the cis brain, suggesting that there’s some biology at work. Take this with a grain of salt, though — while “born this way” narratives can be comforting for people who feel threatened by difference, you don’t need to pass a scientific purity test to be trans, especially since research into people who don’t identify as binary is pretty limited as of yet.

There’s no such thing as “trans enough.” People don’t need to pursue transition to get their Trans Union Card, and no one is grading you on how you choose to present your gender. Well, people are, but those people are jerks, and we’re going to be talking about some of those jerks in the future, but the bottom line is that they don’t invalidate your experience of gender. Your arrangement of genitals, secondary sex characteristics like breasts and facial hair, style, voice, and any number of other things don’t define your gender: You do.

And, guess what? Gender can evolve and change over time, and that’s normal. Some people experience a static identity — as a cis man, say. Others might identify as agender, but later as butch, but later as any number of other things. None of those genders are invalid, they’re just stages of your life.

Are you tired of seeing “LGBTQ” all sandwiched together, like the T is an afterthought you can sort of tack on? That’s understandable, because, one, the T isn’t an afterthought, and two, sexual orientation and gender are very different things. Your gender can interact with your orientation (maybe you identify as a lesbian, because you’re a trans woman and you like girls), but the two often get collapsed together, sometimes to the detriment of the T. You can be trans and straight as a pair of railroad tracks, and you can be queer as a snake’s suspenders and totally cis.

Sexual orientation, defined classically, revolves around who you are (or are not) attracted to on the basis of gender, and how you relate to them, whether you're straight, gay, lesbian, bi, queer, asexual, demisexual, pansexual, sapiosexual, or any number of other things. But some people use the term sexual orientation to talk about sexual identity in a broader way that isn't only about or doesn't center gender.

We want to hear from you as much as you want: Have questions? Is there something you’d like us to talk about? Suggestions? Clarifications? Drop us a line at summerschool@scarleteen.com.