One of my projects over the last year has been a full content review of Scarleteen. I have now literally read every blog, every article, every advice column we have ever published. Besides our director and founder Heather Corinna, I don't think anyone else on earth has read as much of Scarleteen as I have.

Doing that gave me a chance to absorb how much Scarleteen has done in twenty years, and how many big events we’ve been around for. Scarleteen has been around long enough to both see the landscape of sexual health, queer rights and, heck, even the internet, change dramatically. Scarleteen played a part in many of those changes; sometimes a big one.

To mark our twentieth, I want to share a timeline I think shows some of what we’ve accomplished over the years, with some major political and social events thrown in for perspective (those events are U.S-focused, because our base of operations is in the U.S and therefore is most affected by things that happen there). Included in the timeline are the debuts of some of the articles that have become classics, that we still use in our work with users, and that are still read by some of the tens of thousands of young people who come to Scarleteen to read up here each and every day.

1998: Heather starts getting emails from young people asking questions about sex through Scarlet Letters, a website about sexuality for adult women (that was pioneering in and of itself!) they'd also founded and ran at the time. Heather realizes there's nowhere online teens can safely ask questions about sex or get reliable, supportive and sex-positive answers and that they need a redirect for under-18s on Scarlet Letters, anyway. So, they answer the emails. Some of these questions and answers are originally posted as extra pages on Scarlet Letters in a sub-site first called "Pink Slip." A reader writes in soon enough and suggests these questions and answers need their own place: they say Scarlet Letters needs a "Scarlet Teen."

The rest, as they say, is (a long) history of people not understanding what on earth our name means. And thus a brand-new kind of sex education, with many brand-new ways of doing it, at a place (the internet) that was still pretty brand-new itself, was born. (Heather also apparently then thought of this as their "little side project," and has felt quite foolish about how totally delusional that was ever since.)

This is the year that the Child Online Protection Act (COPA) is introduced in response to large portions of the Communications Decency Act being struck down. Both acts were designed to limit minors' access to pornographic or "harmful" material on the internet, but in practice would have also prevented youth from accessing crucial educational resources such as Scarleteen.

000: We publish our Sex Readiness Checklist, along with other classic pieces, like the first version of “Human Reproduction: A Seafarers Guide” and “Sexual Response & Orgasm: A Users Guide.” We also launch our message boards and bring on our first wave of volunteers to help staff them. George W. Bush, whose administration will go on to allocate 117 million dollars for abstinence-only education, is elected president. We will fight against abstinence-only and work with users struggling because of its negative impacts and outcomes ever after.

2001: We publish “On the Rag: A Guide to Menstruation” and “Innies and Outies: The Penis, Testes, & More.” We had been part of the (now sadly defunct) ChickClick Network, which allowed us about nine months of not-totally-terrible funding for about nine months and then the financial bottom completely falls out of the internet and ChickClick closes. Welp. 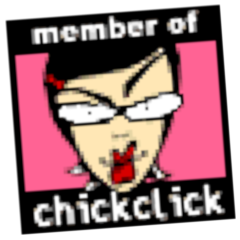 2003: We publish “The 10 Best Things You Can Do for Your Sexual Self (At Any Age)” and “M.I.A (Or Dude, Where’s My Period).” The Supreme Court produces a victory for sexual freedom and queer rights by overturning all sodomy laws in the United States.

2004: A good year for medications relating to sexual health, as emergency contraception becomes a more prominent topic on the site and Truvada is first approved by the FDA. With Scarleteen getting more and more visible, Heather frequently has to work through more character attacks and harassment -- especially as a queer woman, as a person with sexual trauma, someone who did adult sex and sexuality work, and just as a person with an unhidden sexuality, period, all things that were all largely not considered acceptable for people providing sex education to young people at the time.

2005: We devote a large portion of our front page to promoting our message boards and directing users to information that can help lower chlamydia rates in young women. Our blog is very dedicated to reporting on the legal battle over accessing Plan B over-the-counter and offering our users ways to advocate for that access. In the United States, Representative Barbara Lee and Senator Frank Lautenberg introduced a bill that would provide $206 million a year to states for comprehensive, medically accurate, and science-based sex education.

2006: We continue to track the legal status of Plan B, and offer users updated information on how they can access emergency contraception. This is also the year that the Gardasil vaccine for HPV is first approved for use, and we create content to address myths and facts about the vaccine. Scarleteen goes to Washington (state, with Heather, who moves there). 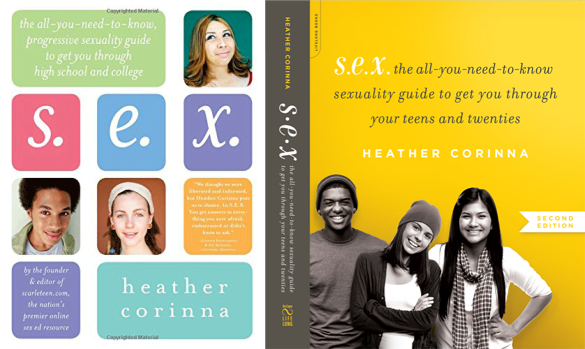 2007: A big year for us! The first edition of S.E.X: The all-you-need-to-know sexuality guide to get you through your teens and twenties is published and we redesign and then migrate the site to Drupal (which means Heather no longer has to code the site by hand, a thing they were doing up until now). We also publish “Positively Informed: An HIV/AIDS Round-Up, "What is Feminist Sex Education?" and “Reciprocity, Reloaded.” We start winning some awards, starting with The Champions of Sexual Literacy Award for Grassroots Activism from the National Sexuality Resource Center/SFSU. Heather talks Shamelessness in a fundraising effort for Scarleteen, and does some pushback against the rising tide of purity culture and abstinence-only education.

2008: Another exciting year for Scarleteen! Barack Obama becomes president, we turn ten years old, publish our giant Birth Control Bingo piece, and are a major player (after years of leadup work behind the scenes) in the COPA court case, helping to net a win that allows young people to retain access on the internet to things sex education and other content. To top it all off, the FDA approves a new version of the female condom. Heather gives a talk about doing sex education as a Montessori educator but also deals with some tough responses after a lot of media exposure as a sexual assault survivor.

2009: We introduce our texting service, and Heather’s advice columns are syndicated at Rewire. We bring real talk about the hymen to the internet and beyond  -- and information that wasn't widely known then! -- by pairing up with the RSFU to release "My Corona: The Hymen & the Myths That Surround It." Abortion provider and reproductive justice hero George Tiller is murdered.  Heather gives a talk about innovation and inclusivity in sex ed, wins the Society for the Scientific Study of Sexuality, Western Region's Public Service Award and the Our Bodies, Ourselves' Women's Health Heroes Award for their work with Scarleteen. Yes Means Yes (and Heather's seminal piece, An Immodest Proposal, within it) is published. 2010: We do another site redesign and publish two pieces that become instant classics: “Yes, No, Maybe So: A Sexual Inventory Stocklist” and "Drivers Ed for the Sexual Super Highway: Navigating Consent.” We also offer peer education training for budding sex educators, and begin to incorporate more and more content into the site for those who are in or who have survived abuse. We do a tweetstorm about How Sex Ed Can Prevent Rape, and Heather's piece debunking conservative claims about oxytocin goes viral.

2011: We introduce our (now retired) Find-a-Doc sexual healthcare database and publish “Sexuality, WTF is it Anyway?” On the blog, Heather writes about the rise and politics of SlutWalks. 012: More redesign for us! “Risky Business: Learning to Consider Risk and Make Sound Sexual Choices” is published, as is "The Rainbow Connection: Orientation for Everyone.” This is also the year that data is released showing that long-acting, reversible birth control methods such as the IUD are not only safe, but even a better choice for young people than more commonly recommended methods like the birth control pill. Heather is given the Joan Helmich Educator of the Year award.

2014: “Casual...Cool? Making Choices about Casual Sex” is published, as is our first article on D.I.Y sex toys. The latter becomes one of the most viewed articles on the site. I didn't mention the gazillion times over all these years we almost shut down, or that Heather was working one or two additonal jobs to try and pay for Scarleteen on top of themselves, or all the different times we begged folks for financial help to keep us going, each time somehow working it out to barely scrape by. But in 2014, we only got a few hundred dollars in response to our ask for funding for the whole freaking year, and found ourselves with no other choice but to prepare to engage in a labor strike. People showed up for us in droves in response, and that kept our doors open. It still remains a struggle since, but that year was the start of a more stable pattern for us. 2015: I join as staff (I started as a volunteer in 2013)! We launch several new features including Scarleteen Confidential, a resource for parents and other supportive adults, and our One-Stop Safer Sex Shop that gives users another way to access safer sex supplies. Continuing the safer sex supplies theme, this is the year we publish “All the Barriers! All the Time!” And we celebrate with the rest of the queer community as same-gender marriage is legalized in the United States. Heather receives the Steinem-Waters Award and the Golden Brick Award. 2016: A tumultuous, emotional year, to say the absolute least. The second edition of S.E.X is released, we publish our Trans Summer School Series, Heather writes about "The Myth of the But-There's-No-Way Abuser," and we redesign the site to create the current iteration. But we also publish “Rebel Well: A Starter Survival  Guide to a Trumped America”, a response to the results of the 2016 presidential election. We mourn the Pulse Massacre while staffing all our direct services non-stop in order to support young people in the wake of the attack.

2017: We publish our Sex and Disability series, re-start our Sexuality in Color series, and release “The Pregnancy Panic Companion” to act as a virtual doula for users experiencing pregnancy scares.

2018: The content on our site continues to reflect the needs of our users, just as it did twenty years ago. We introduce more information on sexual orientation and gender identity, PrEP and PEP, and the Impurity Culture series. We throw in lighter content, like our mixtapes, because we know our users need a break from the heavy stuff going on in the world. Scarleteen (and Heather) starts a move back to Chicago where it all began. And we continue to write about ways our users can be aware of and fight for their rights, whether that means protecting abortion access and voting to help build a better future.