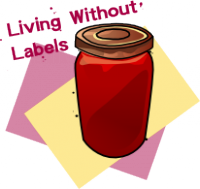 Whilst looking on the Scarleteen boards I’ve noticed that a recurring problem many people seem to have is trying to define themselves, primarily in terms of their sexuality. This article is about offering the option of not actually defining ourselves and proposes that some people could feel more liberated without designating themselves any category at all, I for one, at least.

For many there is no question of what their sexuality is; “I’m attracted to the opposite sex, therefore I’m straight”. Up until my last year of school, I identified as straight, I was going to sixth-form college and socialising with lots of different friendship groups but there was something bothering me.

What is your sexuality, soldier?!

I remember a specific time when I was in conversation with a group of people who were pretty tight with each other but with whom I had not regularly spent much time, when suddenly my friend of the group asked me a graphic “Would you ever…?” question. It was very sexuality defining and everyone in the group went silent and waited for my answer, I answered “No”, because I was straight 'of course', I thought. The conversation changed subject but I remained in troubled thought. I was reminded of being on holiday/vacation, playfully chatting with some girls in the outdoor pool; when they too asked me if I was gay. I was taken very aback and briefly reconsidered my mannerisms then again said no.

I’m not necessarily effeminate, but nor am I your macho iron-pumping bravado-male, I could understand the questions being asked in light of the (inaccurate) social assumptions of gender and sexuality. But I was actually more bothered with my own answer. It wasn’t my sexuality that was confusing, it was the idea that this answer was making me accepted by these heterosexual groups, my sexuality was the basis for whether or not people wanted to be my friend. It felt like they wanted to know if I was “One of them”.

I’d had similar experience with people identifying as gay and bisexual respectively, but my answers left them disappointed, “He’s not one of us after all” they must have thought.

I’d been visiting Scarleteen regularly and was gravitating towards the GLBT sections, and reading all the posts about people's varying identity issues and unexpected when I thought, “How can I know now, what I will feel towards men that I have not met yet, therefore how can I ever give a definite answer about my sexuality?”. I decided to do away with defining myself all together, and see what I could learn from it. It wasn’t a difficult process, I just had to think “I am no longer straight, I can be attracted to who I want, when I want and there will never be anything wrong with it."

I didn’t expect my actual attraction to change, but detaching myself from my sexual label (straight) turned out to be one of the most liberating moves I’ve ever made.

I came to suddenly discover that some of my past experiences with members of my same gender, really did constitute attraction, and boldly retained that there was nothing wrong with that. I remembered the difficult memories which rushed back; the way I’d try to desperately un-think things because they didn’t fit my image of who I thought I was, and insult myself for it to work. It’s astonishing how I managed to punish myself, without ever reconsidering my sexuality but denial is powerful. I knew that many other straight-identifying people could equally be thinking the same as me, yet if I called myself “bisexual” I'd feel like I was separating myself from them... while knowing deep down we were the same.

I’ve met people who according to what they said, have had the same thoughts as me about all genders. Yet many of them identify as straight and assured me that “All straight people fantasise about people of the same gender during puberty”, some who identify as bisexual said “being attracted to both men and women, makes you a bisexual” and others who identify as gay said “you're not straight, your attraction to people of a different gender is just a by-product of social conditioning and being attracted to people of the same gender makes you gay”. If I could be all of these three designations by different definitions, then surely, to me, they’re not actually separate categories, and therefore can not do anything to define me.

Then I realised the titles (for me) really were useless.

I now know my place because I know who I am by my thoughts, not by a definition. It’s not perfect for everyone; being able to identify with a certain community can be very important for many who clearly know they fit their own sexuality. But for any of you who have trouble with trying to work it out, who actually undergo stress to fathom what box you belong in or have an inkling that maybe you're over-squeezed to fit in a badly shaped one, I suggest to just think for a moment, that maybe you don’t need a box after all. Like I don’t have to “come-out” and confess that something of myself is different to that which never needed to have been assumed in the first place. Like how I now feel like I force people to consider me on other grounds; I can consider my own thoughts on rational and emotional grounds rather than of my sexual orientation, and best of all I just don’t have to worry about it, not any more.

The Rainbow Connection: Orientation for Everyone