It's time for me to talk about the #MeToo movement. I confess, I've been putting off this post for a myriad of reasons, many of which are just my complicated feelings about the meanings, expectations, and conversations that surround "trends" in anti-sexual violence work. I wasn't sure how to get all of those conflicting ideas out into a blog post, and I didn't want to do a disservice to the important cultural moment that we're in by simplifying what is actually a multifaceted area of activism and work for social justice.

That is, until I read a piece that Colorlines p 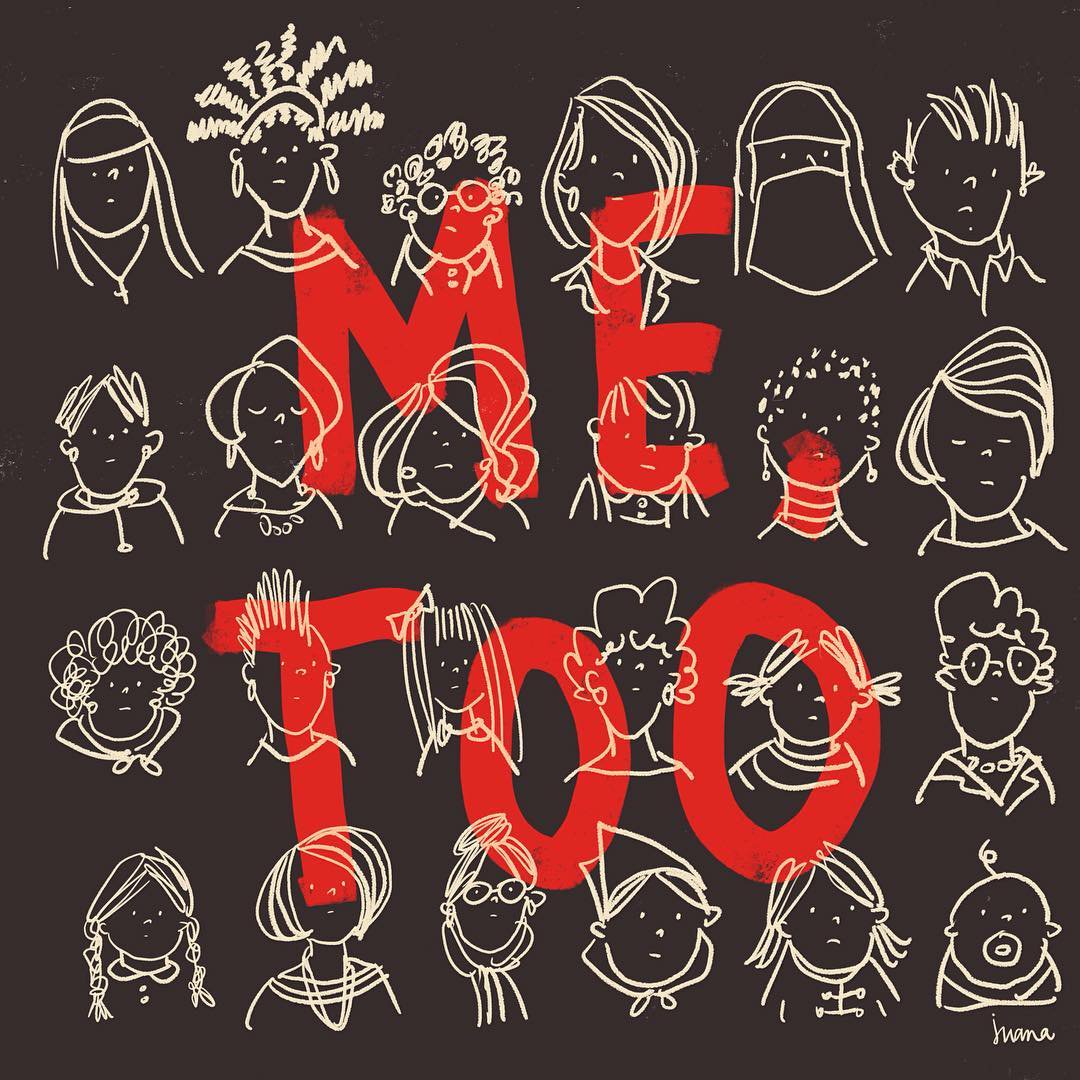 ublished this week called What Would It Take to  Actually End Sexual Violence? in which educator and organizer Mia Mingus talks about her work in sexual violence prevention through transformative justice, and her own feelings about how #MeToo serves to both further and hinder the work that she does every day.

But before we get into that, I'd like to take a second to acknowledge the real origins of the #MeToo movement.

#MeToo didn't start a few months ago, with a tweet by actress Alyssa Milano, attempting to address the amount of sexual harassment and violence present in the TV and film industry. It was actually started 10 years ago by Tarana Burke, an activist and program director for Girls for Gender Equity, a Brooklyn-based organization dedicated to empowering young women of color. She founded the #MeToo movement in 1996, when she was a camp counselor and was working with some incredible young women in the process of healing from sexual violence.  In her words, #MeToo is a "bold declarative statement that 'I'm not ashamed' and 'I'm not alone.' [...] it's a statement from survivor to survivor that says 'I see you, I hear you, I understand you and I'm here for you or I get it". Eventually Milano credited Burke with starting the movement first, but this is another recurrence of an all-too-common phenomenon in which the work of women of color is reinvented slightly, recontexualized, and then claimed by white women or other folks with more privilege and visibility. (So while I'm at it, this is a gentle reminder to fact-check those articles, provide sources for the cool artwork and photography you post, and take the time to honor the work that has been done by folks who are fighting for to have their talents and ideas recognized.)

Okay, back to all those complicated feelings.

So the idea behind #MeToo is fairly simple: survivors, speaking up about their experiences and showing solidarity with others who have experienced sexual violence raises awareness about how widespread the issue is. But, when it comes to life experiences, especially those that involve trauma, intersections of identity, and systematic oppression, things are much more nuanced than a hashtag, and the implicit assumptions about one universal "survivor experience" that come with it.

In her interview, Mingus acknowledges this problem - that when certain aspects of social justice activism "trend" on social media, it can very quickly raise awareness about an issue, especially for people who may not be familiar with it already, but may also become oversimplified and leave out the very people it should be featuring and lifting up.

I appreciate how Mingus addressed the sort of performative quality that #MeToo took on, because I found myself wondering, What does this movement mean to people who can't or won't be able to come out with a statement about their own experiences? What does it mean for folks who have faced gendered violence within their own communities of activism and support? What does it mean for those who don't identify with the experiences of the majority of women who contributed to these statements and helped it gain traction? On one hand, I am so glad to see that these stories are being told, and we're starting to see some consequences for people who commit abuse and try to get away with it, but on the other hand, I want to have so many more conversations about what it means to say #metoo as someone with a disability, with jeopardized immigration status, as a member of a small working-class community, and all three simultaneously. Whose voices are and aren't included in this collection? Whose are being listened to? I think it's especially important for us to be asking those questions when it comes to activism involving survivors, because of how much judgment, interrogation, and shame that they already face daily when attempting to share their experiences.

Mingus also talks about this movement in the context of her own work in transformative justice - based on the idea that everyone has a role to play in creating a safer and more just world. She argues that we need to go beyond demonizing and isolating ourselves from oppressors and abusers (and the idea that sexual violence is committed by "a few bad apples") and instead recognize the inherent power imbalances within our communities to contribute to oppression. While it's a tricky thing to wrap my head around (especially anything that has me relating to or interacting with someone who is abusive), I really value Mingus's approach, and think that it's one that we at Scarleteen try to embody every day. We recognize that learning about how to communicate and navigate consent in relationships can be a difficult process, and that each of us is responsible for our own commitment to respecting the wishes and boundaries of others. Similar to Mingus and the folks that she works with, we aren't just invested in seeking justice/peace for survivors or calling out abusers, but also thinking about everything that may have contributed to that abuser's toxic way of moving through the world, and doing our best to address those possibilities within ourselves and our communities, in order to contribute to a culture that does not promote or tolerate sexual violence.

For the record, here at Scarleteen, #wetoo have faced sexual harassment, violence, and assault, across the board. For everyone out there reading this who has experienced similar things, please know whether or not you choose to share them with anyone, you are not alone. We see you, we love you, and we are dedicated to combating every form of gendered violence with you, to make the world a safer and more just place.

Make sure that you check out more of Mia Mingus's writing and work, and join me in being thankful for nuance, trust, and transparency that all her transformative justice work brings to our movements.

Know of a blog, organization, or resource that belongs here? Send it to our curator, Al (that's me!), at al AT scarleteen DOT com.
Interested in contributing as a guest writer for our Sexuality in Color series, or any other part of Scarleteen? Check out our information for writers and then take it from there! Experienced queer and trans writers of color of varied abilities and viewpoints are always strongly encouraged to apply.