What's This Bisexual/Pansexual Thing All About, Anyway? 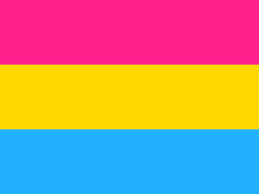 It took me a long time to figure out I was bisexual. I grew up in your typical Latinx Catholic situation so, as you might guess, it wasn’t exactly queer friendly; questioning and discovering my sexuality was often something I had to do in the safety of my own head.

While I didn’t start vocalizing my identity until college, I began to accept my bisexuality internally sometime in late high school, figuring the term fit since I knew I wasn’t solely attracted to men. Then I came across the term “pansexual.” It was described to me as attraction not based on sex or gender, and since that seemed even closer to what I felt, I decided that might be a more accurate identifier.

But when I finally felt comfortable enough to come out to a friend, I didn’t describe it that way. I told them I was bisexual because, with all the nerves already building around my coming out, I didn’t want their first response to be confusion, which would force me to explain myself even further. “Bisexual” packed a punch on its own. It was a word that explained itself.

Was it dishonest to call myself bisexual, then? I wasn’t sure. When singer Janelle Monae came out recently, the ensuing online conversation reminded me of that familiar conflict, one that many feel when tugged back and forth between the orbits of multiple identities.

Interestingly, Monae’s story isn’t too different from my own; while she initially identified as bisexual, Monae explained in her interview with Rolling Stone that: “Later I read about pansexuality and was like, ‘Oh, these are things that I identify with too.' I'm open to learning more about who I am."

There’s nothing more exciting for queer popheads like me than the LGBTQ pride lately vocalized by female artists of color. It’s more than having an artist be out and proud—it’s the hope that comes from seeing them open about it and thriving simultaneously. Think Kehlani. Think Hayley Kiyoko. They’re products of a pretty new phenomenon. Only six years ago, Adam Lambert became the very first openly gay man to top the Billboard 200 with his album Trespassing. When he first came out, the ensuing controversy proved that the act of doing so was still seen as radical.

But as the recent “pansexual” search spike can attest (a spike that’s happened alongside the coming out of other celebrities, like Miley Cyrus a few years back), many people are still wondering: what’s pansexuality, really? Is it an idea inherently pitted against bisexuality, claiming that bisexual people can only be attracted to men and women, as some articles assume? Is it a separate identity altogether? I found users asking these questions all over Twitter, even in the comments of pieces wishing to describe what pansexuality means.

What’s in a name?

These questions aren’t new to John Sylla, a board member at the American Institute of Bisexuality. He says the AIB has heard similar questions before and he emphasizes that the AIB uses the “scientific and clinical” definition for bisexuality. As such, he doesn’t think it enforces gender binaries.

"I would consider anything involving attraction to more than one gender to be under the umbrella of bisexuality,” Sylla says.

There’s been some space for fluidity under bisexuality’s definitional umbrella since the idea first came forward in academic literature—markedly, in Alfred Kinsey’s 1948 book Sexual Behavior in the Human Male, where Kinsey explained that the sexuality of most sits somewhere on a scale rather than existing as completely gay or straight.

The English term itself, however, predates Kinsey. Back in 1892, Charles Gilbert Chaddock used the word “bisexual” for the first time in his translation of Kraft-Ebing’s Psychopathia Sexualis, a book that studied “deviant sex” and defined “bisexual” as someone who has sexual relations with both male and female partners. However, Kraft-Ebing’s work, which concluded that most non-heterosexual people suffer from mental illness, was obviously far from inclusive. Widespread, nonstigmatizing discussions of other gender identities and their relationship to sexuality wouldn’t come until long after both Kraft-Ebing and Kinsey; in the 1990’s, according to the Nonbinary Wiki.

Despite its fraught history, Sylla says the creation of language around different sexual orientations and gender identities was a key component in the eventual understanding of the people being represented. Speaking for the AIB, he says: “we find it easier to talk about something if you have a word for it, so that's why we use the word bisexuality.”

This definition of bisexuality is echoed by M. Paz Galupo, a psychology professor at Towson University who’s spent years studying the intersections of sexual and gender identity.

“Some people assume that bisexuality and pansexuality are mutually exclusive,” she explains. “In reality, sexual minority individuals in general, and bisexual/pansexual individuals in particular, often use multiple labels to describe their sexuality.”

Maybe this is the root of the confusion: as both Sylla and Galupo assert, sexual orientation isn’t one-dimensional. Aside from sexual attraction, these identifiers can refer to romantic attraction and behavior too (like bi- or panromantic), so Galupo says: “Bisexual and pansexual labels can be used as a way to highlight different aspects of bisexual desire.”

And just like in my own experience, Galupo says her research often shows: “Someone may use bisexual in some situations because it is easily understood/more familiar to people and therefore may require less explanation.” However, others might say bisexual “to highlight the way that they may experience distinctions in the way that they are attracted to different genders.”

In other situations, people might identify as pansexual for similar reasons, wishing to emphasize parts of their sexuality like, perhaps, the fact that gender doesn’t factor into their attraction or wanting to relay that their attraction doesn’t depend on binary understandings of gender. Still, Galupo says it’s important to clarify: “All of these meanings might also be true for people who primarily use the label bisexual.”

As more public figures come out, and these terms become a part of the public vernacular, many like me are hoping this encourages young queer people to celebrate their identities too. It’s why Sylla says he’s chosen to be so open about his bisexuality. As he reminded me, there are many, many people who fall under the umbrella of bisexuality but don’t identify for various reasons. New spaces encouraging people to come out, while allowing people to be more honest with themselves, don’t change that underlying reality. When he’s been open about his bisexuality in the past, however, he’s found that “friends of all ages” that hadn’t previously identified as such “begin to suggest that they are too."

"I feel I'm sharing myself more authentically,” he says. “And in addition, being out about being bi serves a beacon function that says to other bi people that they're not alone.”

I’m still figuring that part out for myself. In the past, I’ve been pretty quiet about my bisexual identity (for a host of unfortunate reasons, as many might guess) but with so many prominent figures vocalizing their identities without shame, I’m grateful, at least, for the hope that brings.

I already came out, but I doubt my sexuality every day