The charts below are excerpts from the far larger, ongoing Multigenerational Experiences With and Attitudes About Casual Sex Survey I have been collecting responses to since 2010. The data below reflects responses given  as of 6/8/2014. It is a broad, international survey, with the age of respondents varying from as young as 16 to over 90 years old, representing a diverse array of genders, orientations, and other kinds of identity. It includes both people who have taken part in casual sex and those who never have. At the current time, over 10,000 people have responded. Tables 4 and 5 are from a follow-up survey of fewer respondents (1,865 responses).You will see with each excerpt in the images below how many people responded to each question.

If you're interested in taking part yourself, you can find that survey here, and the follow-up here. You are welcome to cite data listed on this page within fair use, and with a proper citation and link to this URL.

This research is for a book, so data may or may not be released as a whole online, and if so, will not likely be released for some time. It also should not be considered complete, as the survey is still running and the data has not been evaluated yet by an outside source. I am not currently releasing all of the data to anyone, but if you would like to use or ask about some limited portion of it, feel free to contact me for information or permissions.

This data is listed here as a part of Casual...Cool? Making Choices About Casual Sex. To go back to that piece, click here! 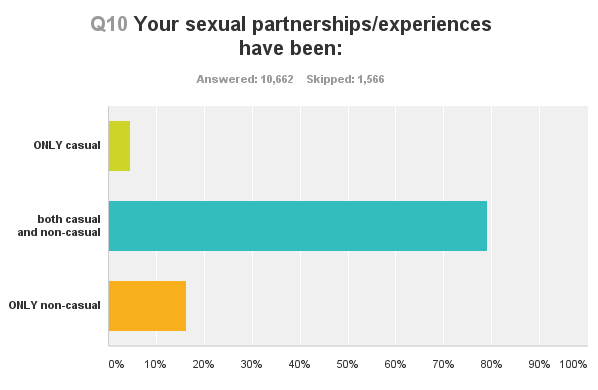 Your sexual experiences/partnerships have been: (10,662 responses) 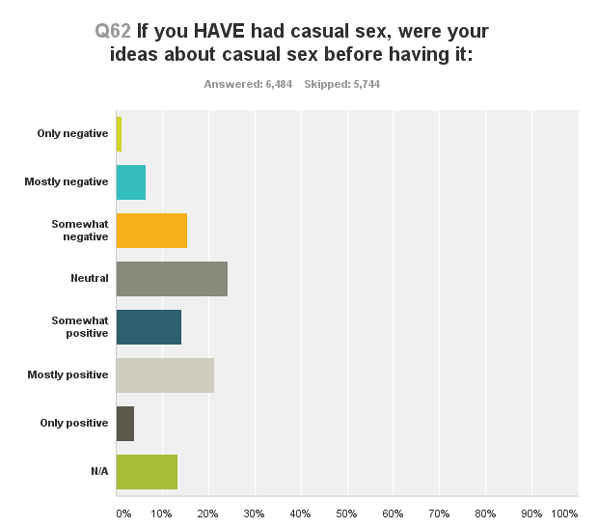 If you have had casual sex, were your ideas about casual sex before having it (6,484 responses): 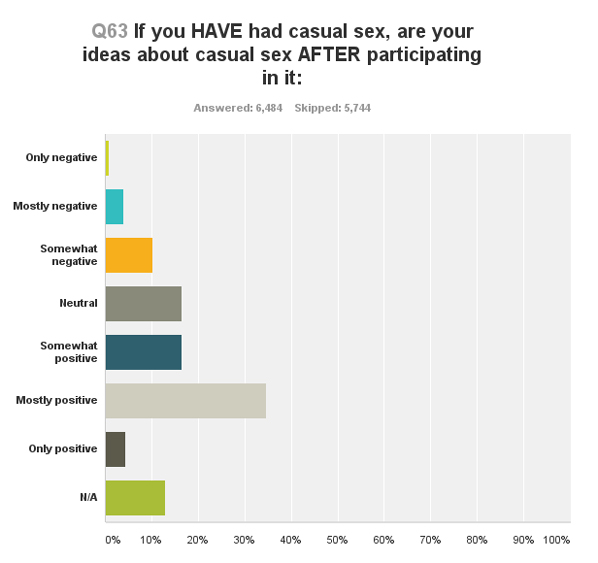 If you have had casual sex, are your ideas about casual sex after participating in it (6,484 responses): 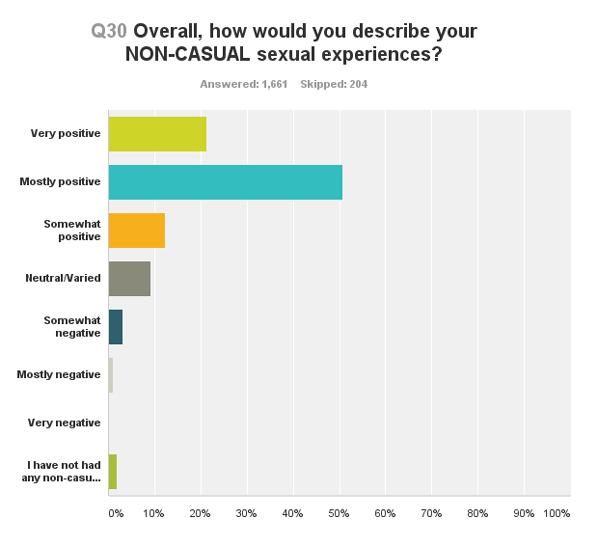 Overall, how would you describe your NON-CASUAL sexual experiences?(1,661 responses): 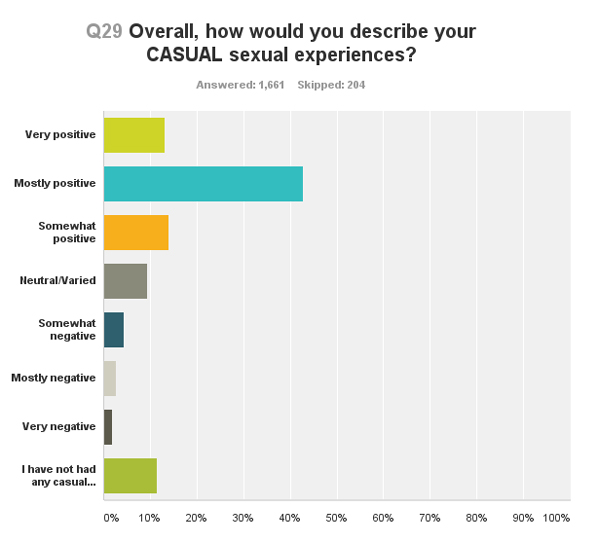 Overall, how would you describe your CASUAL sexual experiences?(1,661 responses): 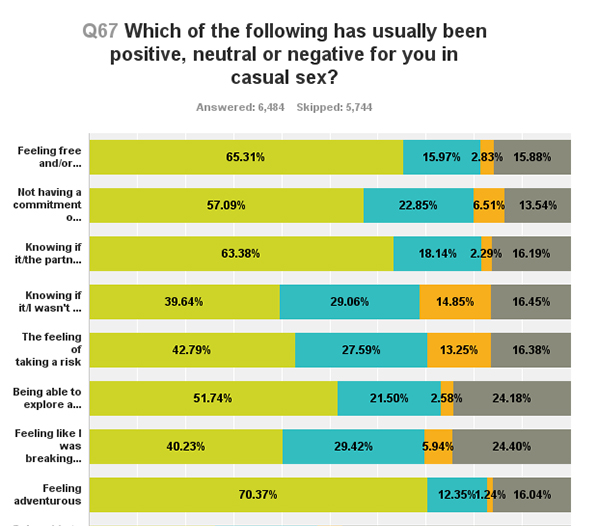 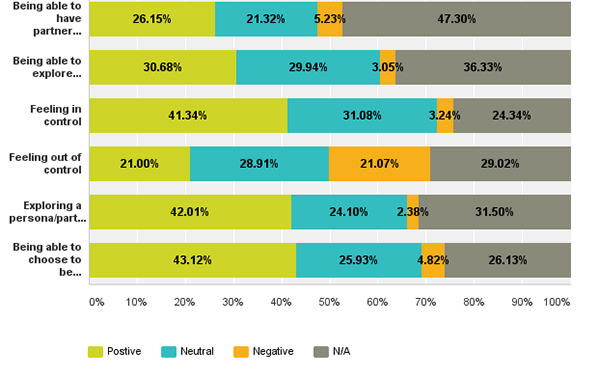 Which of the following has usually been positive, neutral or negative for you in casual sex (6,484 responses): 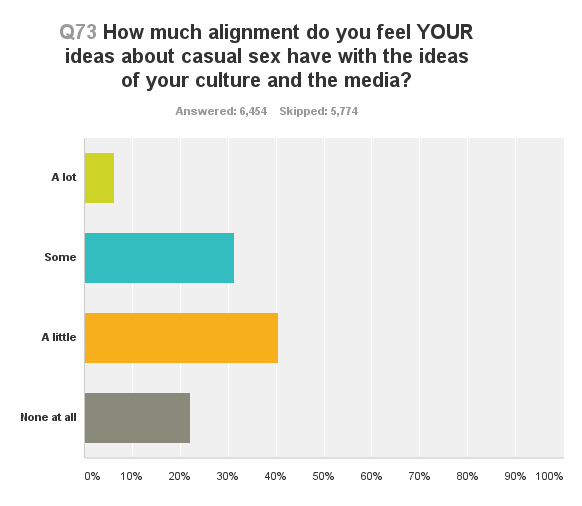 How much alignment do you feel YOUR ideas about casual sex have with the ideas of your culture and the media (6,454 responses):