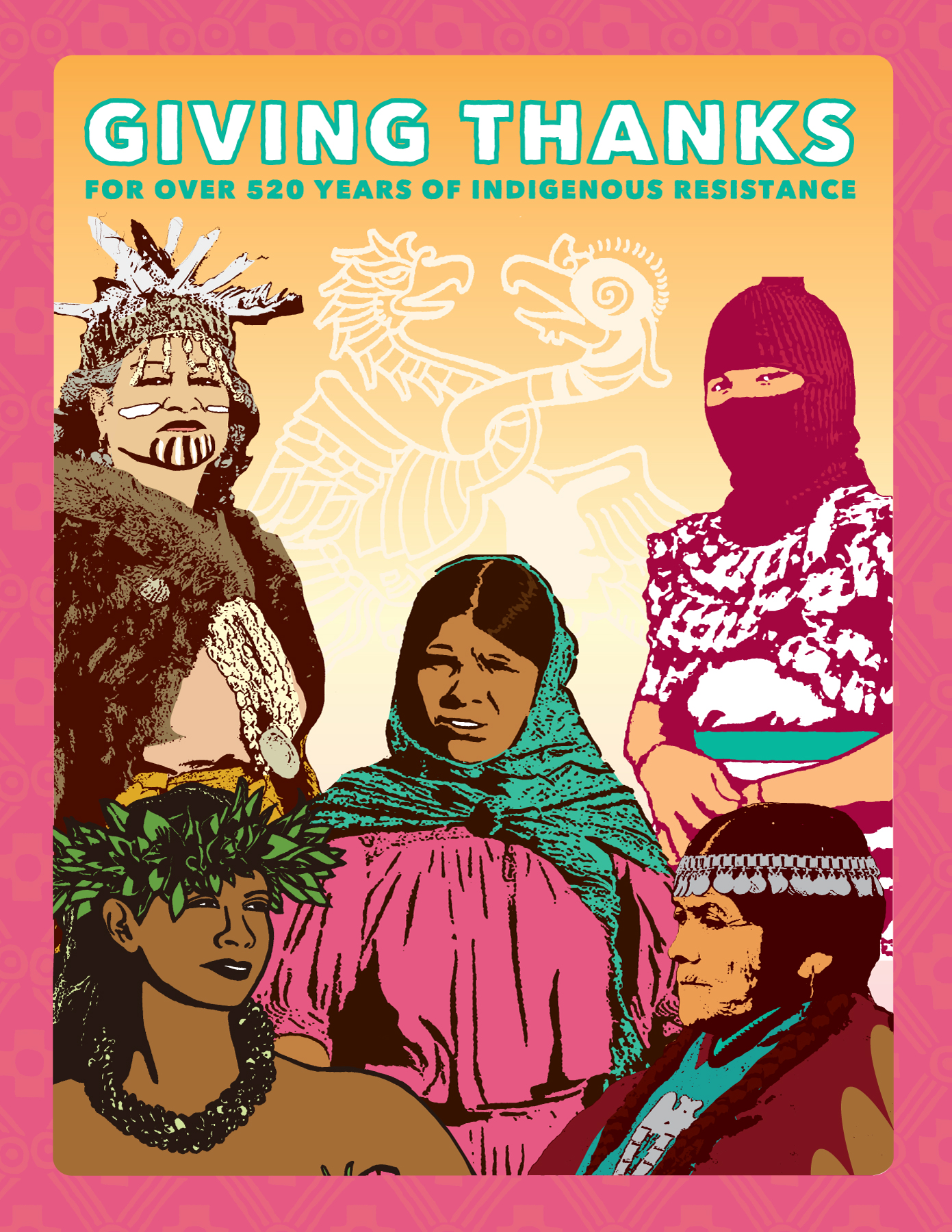 Today I want to take the time to specifically acknowledge the crisis of indigenous women and two-spirit folks who have gone missing, faced sexual and gendered violence, and have been murdered in the United States and Canada. Even though they represent a small portion of the population, indigenous women and gender non-conforming folks face disproportionate rates of violence and sexual assault (one estimate by the Native Women's Association of Canada put the rate of violence among aboriginal women 3.5 times higher than non-aboriginal women).

The Missing and Murdered Indigenous Women (#MMIW) movement was started in the 1990's to raise awareness and put pressure on local and federal governments to address the issue. The first Women's Memorial March was held in February of 1992, in memoriam for Cheryl Anne Joe, a Coast Salish woman who was murdered and whose body was found in downtown Vancouver. Every year the march is held on Valentine's Day to protest the number of unsolved missing persons and murder cases in Canada at large.

If we take even a second to think about why this is happening, it's not hard to come up with an answer. These are the direct results of a pattern of colonialist violence and systematic oppression towards indigenous women that's been taking place ever since the first non-native person set foot in North America. Not only did this include the systematic displacement and eradication of native bodies, cultures, and agriculture, but colonialists also employed sexual violence and forced sterilization as a tactic of population control. Unfortunately, the abduction, rape, and murder of indigenous women and two-spirit people is nothing new- this is just one of the first times it's being addressed.

Personally, one of the only things that I am grateful for when it comes to this time of year is the annual reminder about the complicated history of the lands and nation that I'm living in, and the opportunity to grapple with what I am and am not doing to speak out against colonialism and injustices against indigenous peoples across North America and beyond.

Part of that opportunity (and responsibility) includes amplifying the voices and work of indigenous activists attempting to address these issues from within their communities. Here are a few great organizations you should check out:

The Native Women's Association of Canada, which aims to raise awareness and promote justice for indigenous women in Canada, is the parent organization to Sisters in Spirit, a native-led research and policy initiative dedicated to raising awareness and addressing MMIW.

The National Indigenous Women's Resource Center, a U.S.-based collective that addresses the high rates of gendered violence and assault that native women face in the U.S. They are also the creators of NativeLove, a project that addresses gendered violence in native cultures and promotes healthy relationships; and Restoration Magazine, a tri-annual publication that provides resources and information about the effort to address MMIW.

Know of a blog, organization, or resource that belongs here? Send it to our curator, Al (that's me!), at al AT scarleteen DOT com.
Interested in contributing as a guest writer for our Sexuality in Color series, or any other part of Scarleteen? Check out our information for writers and then take it from there! Experienced queer and trans writers of color of varied abilities and perspectives are always strongly encouraged to apply.