Let's Get This Anniversary Party STARTED! 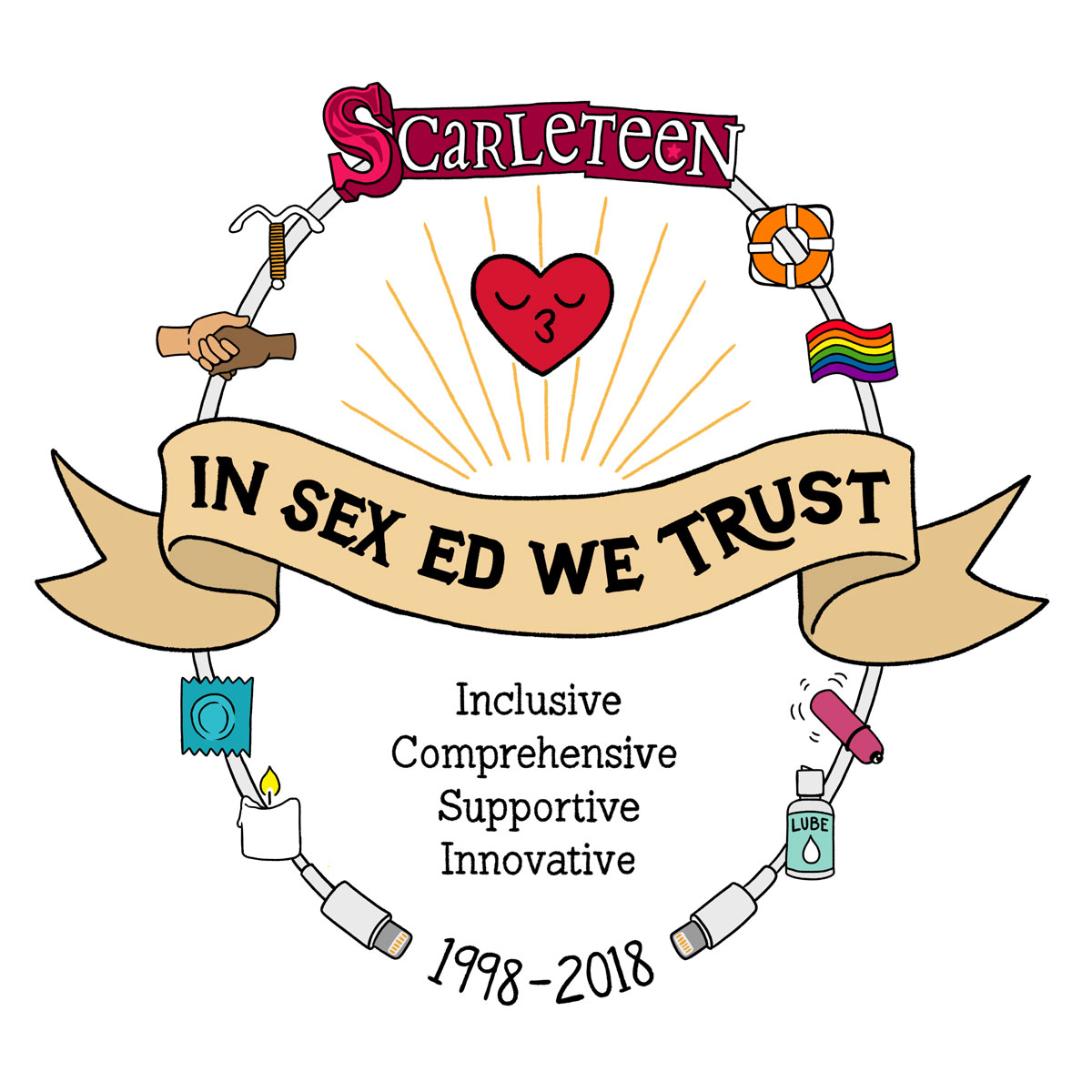 What's that shiny graphic there? Why, that's just a lovely little commemorative doodle we asked artist-in-residence Isabella Rotman to do for our

For real, we turn 20 on Saturday. TWENTY.

I'm not going to get ahead of myself here, though. It's not even Saturday yet, and once it is, I've got a lot of time and space to talk about reaching twenty as an organization, a resource and, at this point, an institution (you can argue we aren't one, but then it'll be very obvious you've never worked here). I'm not going to even try to talk about everything that's part of this milestone all by myself in just one sitting. Even as someone who can way too many words into just about anything, I just don't think I possibly could!

Instead, a bunch of us are going to have plenty to say about this over the whole next year. It took an awful lot to get this far, and we'll be in no hurry to stop reflecting or celebrating any time soon. I'm really excited about some of the content we'll have to share with you from now through 2019 for and about our 20th, as well as some new projects and developments coming up within the year.

In historically Scarleteen form, we don't see any reason to wait on getting this party started, so we're not gonna. Today we're rolling out our latest mix, a soundtrack for the lovers, the dreamers, and, most of all, the original sex educators, homespun emotional supporters, and other renegade, rebel helpers of the past, present and future. Listen up on Spotify or Apple Music! It's been a serious trip and one helluva journey around here, and it sounds just a little bit like this:

Oh, hey, wait! One more thing! Love our anniversary graphic (we sure do!)? Then check out our Threadless shop with all our designs, now including this one! That's an easy way to get some sweet sex ed swag that also tosses a few bucks in the process to this organization that happens to give some sweet sex ed. You can even get free shipping through the end of the day today if you run over there right now with the code: FREESHIP117d1b5e

I hope you'll stay tuned over the next week for all we're rolling out as we start our 20th anniversary year! Keep your eyes on the site and on our social media channels: @Scarleteen on Twitter, @Scarleteenorg on Instagram, here on Facebook and hellyeahscarleteen on Tumblr. There'll be a handful of different ways you can take part in some of the shenanigans we've got planned, and I really hope you will. This, like everything else we've done over the last 20 years, just wouldn't be the same without all of you.