Why Women Should Vote 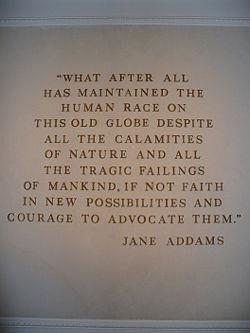 You may have recently seen an email floating around called "Why Women Should Vote" summarizing some of the struggles of suffragists who won us that right.

It is a good account, an important account, and I'd implore you to take a look at it if you haven't already.

Remember, it was not until 1920 that women were granted the right to go to the polls and vote.

The women were innocent and defenseless, but they were jailed nonetheless for picketing the White House, carrying signs asking for the vote.

And by the end of the night, they were barely alive. Forty prison guards wielding clubs and their warden's blessing went on a rampage against the 33 women wrongly convicted of 'obstructing sidewalk traffic.'

They beat Lucy Burns, chained her hands to the cell bars above her head and left her hanging for the night, bleeding and gasping for air.

They hurled Dora Lewis into a dark cell, smashed her head against an iron bed and knocked her out cold. Her cellmate, Alice Cosu, thought Lewis was dead and suffered a heart attack. Additional affidavits describe the guards grabbing, dragging, beating, choking, slamming, pinching, twisting and kicking the women.

Thus unfolded the 'Night of Terror' on Nov. 15, 1917, when the warden at the Occoquan Workhouse in Virginia ordered his guards to teach a lesson to the suffragists imprisoned there because they dared to picket Woodrow Wilson's White House for the right to vote. For weeks, the women's only water came from an open pail. Their food--all of it colorless slop--was infested with worms.

When one of the leaders, Alice Paul, embarked on a hunger strike, they tied her to a chair, forced a tube down her throat and poured liquid into her until she vomited. She was tortured like this for weeks until word was smuggled out to the press.

So, refresh my memory. Some women won't vote this year because-- why, exactly? We have carpool duties? We have to get to work? Our vote doesn't matter? It's raining?

In that same vein, I've something else for you to take a look at.

Not unlike many people who do social work, Jane Addams has always been a particular shero of mine. As a child, there was a series of illustrated children's books in our library about great women in history: each book was a colorful biography of a given woman and what she had done. (I'd give my left arm to recall the name of the series and find old copies.) I loved these books, and checked out every one again and again, but I was most drawn to the one about Jane Addams, perhaps because so much of her work took place in my own city with families so much like ours, perhaps because even as a young girl, I felt a pull to the kind of work Addams did, and the kind I'd wind up spending so much of my life doing myself.

The following is an excerpt from a speech by Addams in 1915, reprinted as a pamphlet, where she is speaking about why women having the right to vote is so important. While it is in so many ways clearly coming from a different time -- those "old obligations" refer to a woman's place being solidly cemented as only in the home -- in many others (to a degree that's almost disturbing, given nearly 100 years have passed), it remains timely and pertinent.

To those of my readers who would admit that although woman has no right to shirk her old obligations, that all of these measures could be secured more easily through her influence upon the men of her family than through the direct use of the ballot, I should like to tell a little story.

I have a friend in Chicago who is the mother of four sons and the grandmother of twelve grandsons who are voters. She is a woman of wealth, of secured social position, of sterling character and clear intelligence, and may, therefore, quite fairly be cited as a "woman of influence." Upon one of her recent birthdays, when she was asked how she had kept so young, she promptly replied: "Because I have always advocated at least one unpopular cause." It may have been in pursuance of this policy that for many years she has been an ardent advocate of free silver, although her manufacturing family are all Republicans!

I happened to call at her house on the day that Mr. McKinley was elected President against Mr. Bryan for the first time. I found my friend much disturbed. She said somewhat bitterly that she had at last discovered what the much-vaunted influence of woman was worth; that she had implored each one of her sons and grandsons; had entered into endless arguments and moral appeals to induce one of them to represent her convictions by voting for Mr. Bryan; that, although sincerely devoted to her, each one had assured her that his convictions forced him to vote the Republican ticket! She said that all she had been able to secure was the promise from one of the grandsons, for whom she had an especial tenderness because he bore her husband's name, that he would not vote at all. He could not vote for Bryan, but out of respect for her feeling he would refrain from voting for McKinley. My friend said that for many years she had suspected that women could influence men only in regard to those things in which men were not deeply concerned, but when it came to persuading a man to a woman's view in affairs of politics or business it was absolutely useless. I contended that a woman had no right to persuade a man to vote against his own convictions; that I respected the men of her family for following their own judgement regardless of the appeal which the honored bead of the house had made to their chivalric devotion. To this she replied that she would agree with that point of view when a woman had the same opportunity as a man to register her convictions by vote. I believed then as I do now, that nothing is gained when independence of judgment is assailed by "influence," sentimental or otherwise, and that we test advancing civilization somewhat by our power to respect differences and by our tolerance of another's honest conviction.

This is, perhaps, the attitude of many busy women who would be glad to use the ballot to further public measures in which they are interested and for which they have been working for years. It offends the taste of such a woman to be obliged to use indirect "influence" when she is accustomed to well-bred, open action in other affairs, and she very much resents the time spent in persuading a voter to take her point of view, and possibly to give up his own, quite as honest and valuable as hers, although different because resulting from a totally different experience. Public-spirited women who wish to use the ballot, as I know them, do not wish to do the work of men nor to take over men's affairs. They simply want an opportunity to do their own work and to take care of those affairs which naturally and historically belong to women, but which are constantly being overlooked and slighted in our political institutions.

In a complex community like the modern city all points of view need to be represented; the resultants of diverse experiences need to be pooled if the community would make for sane and balanced progress. If it would meet fairly each problem as it arises, whether it be connected with a freight tunnel having to do largely with business men, or with the increasing death rate among children under five years of age, a problem in which women are vitally concerned, or with the question of more adequate streetcar transfers, in which both men and women might be said to be equally interested, it must not ignore the judgments of its entire adult population. To turn the administration of our civic affairs wholly over to men may mean that the American city will continue to push forward in its commercial and industrial development, and continue to lag behind in those things which make a City healthful and beautiful.

You know what to do.