Sexuality in Color: STI Risk and Stigma in Communities of Color

Today’s piece starts off with an unfortunate fact: there are higher rates of certain sexually transmitted infections within communities of color than their white counterparts. 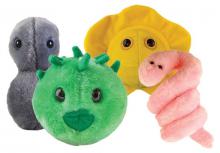 Maybe you’re surprised by this fact, maybe you’re not. We’ll get into the nitty-gritty of those responses in a second, but first of all, why did I use the word “unfortunate”?

Obviously, a high rate of STIs among any population is unfortunate. While getting an STI isn’t something to be ashamed of and it’s not the end of the world, it’s something we want to try to avoid if we can (and we can).

But the other reason that I think that high STI rate is unfortunate is that it can perpetuate stereotypes and stigma against communities of color. Almost from the beginning of time, there has been a persistence of black and brown bodies being “othered” and treated like specimens in a sideshow display. I was hesitant about writing this article, because I didn’t want to contribute to any stereotypes that people of color are more sexually “promiscuous,” or that they are somehow dirty or infected, etc., because they’re not. That’s just racism talking.

So first, let’s look at the statistics. Which STIs are higher in which communities of color?

These statistics are echoed in terms of gonorrhea; in 2016, the rate of reported cases among Black individuals was 8.6x the rate of whites, and 4.4x higher among American Indians/Alaska Natives, 3x higher among Native Hawaiians/Other Pacific Islanders, and 1.7x higher in Hispanics.

And finally, the rate of reported syphilis cases in 2016 among Blacks was 4.7x the rate of reported cases among whites, 1.6x higher among American Indians/Alaska Natives, 12.9x higher for Native Hawaiians/Other Pacific Islanders, and 2.2x higher for Hispanics as compared to the rate among whites. It’s also interesting to note that the rate of syphilis in the general population was at an all-time low in 2001, lower than it had been since the CDC started collecting that data in 1941, but in the past 17 years the rate has steadily increased.

…and now come the clarifications, because these were the questions I asked myself while writing up these statistics.

Why did I focus only on chlamydia, gonorrhea, and syphilis?

These are the most prevalent STIs among people who are sexually active in the U.S. (as opposed to chlamydia, genital warts, and herpes in the U.K.). There are other STIs that can be damaging to personal and sexual health, such as herpes, HPV, HIV, pubic lice, and more.

How accurate is this data?

Well, as accurate as anything else out there, but beyond that, we’re not sure. The CDC is the U.S. government’s largest agency for researching and reporting on infectious diseases, so they have data that is most longitudinal (longest-running) and most lateral (widest populations surveyed). But due to the how long it takes and how complex the process is to gather health statistics in a place like the U.S., we can be sure that there are lots of individuals and situations that are being left out.

For example, the CDC divides folks into seven distinct racial categories according to standards set by the Office of Management and Budget: Black or African American, Asian, American Indian/Alaska Native, Hawaiian/Other Pacific Islander, Hispanic or Latino, White, and Multiracial. That last one really gets me, because I can’t help but ask myself, where do I fit into those statistics? As someone who identifies as an Indo-Caribbean, I usually check both the “White” and “Asian” boxes. Does that mean that I’m put into the White category, or the Asian one? Or am I left out completely? The CDC report is not clear. Don’t even get me started on my “check a gender box” dilemma.

To the CDC’s credit, they specifically address possible inaccuracies in their racial/ethnic category reporting. In a section called “Completeness of Race/Ethnicity Data in 2016,” they specifically state that they were missing race or ethnicity data for 18.8 percent of reported chlamydia cases, 19 percent of gonorrhea cases, and 3.8 percent of syphilis cases. So there’s a good chunk of people for each report that aren’t included in that data broken down by racial category. Because the U.S. does not have a universal healthcare system (or even a nationwide standard for recording health information!), data researchers have to rely on whatever information they’re automatically given based on individual reports from clinics, laboratories, and testing sites. Gonorrhea, chlamydia, and syphilis are “National Notifiable Conditions”, meaning that healthcare providers and institutions are required to report certain info about them, but that doesn’t necessarily mean that they’re accurate. And while the CDC does their best to estimate the number of people who have STIs and are not diagnosed, the reality is there quite a few people out there who have STIs and haven’t sought treatment (whether they wouldn’t or couldn’t), and are not being represented in this data.

Why are these rates so much higher for these communities of color?

This is the big question; this is why we’re all here.

I have to commend the author of this section of the report, because they actually did a pretty good job of delineating some of the reasons for these disparities in rates of sexually transmitted infections among different populations. The first paragraph in the report talks about the key factors in a person’s life that affect their health status and access to healthcare, like employment, level of income, and education. People of color experience income inequality, unemployment, and poverty at a rate disproportionally higher than white people, and that usually translates to poorer overall health and less access to healthcare.

Another way to think about it is this: if you’re living in poverty and don’t know where your next meal is coming from, regularly acquiring and using barrier methods or getting an annual STI check may be at the bottom of your list of priorities. Even if it was high on your list of priorities, if you don’t have health insurance or a way to pay for sexual health costs (or even to get yourself to the clinic), the two most effective methods of STI prevention and treatment may not be accessible. Don’t forget knowledge and comfort with practicing preventative sexual health behaviors; I could write an entirely new article about how marginalized groups have less access to knowledge and information about taking care of themselves preventatively.

Good on the CDC for also including this point: “Even when health care is available, fear and distrust of health care institutions can negatively affect the health care-seeking experience for many racial/ethnic minorities when there is social discrimination, provider bias, or the perception that these might exist. Moreover, the quality of care can differ substantially for minority patients. Inequities in social and economic conditions are reflected in the profound disparities observed in the incidence of STDs among some racial and ethnic minorities.” All this is to say that going to the doctor and paying for healthcare can be stressful even for someone who has privilege/social status, is economically stable, trusts the system, and is neurotypical. but when already marginalized people face bias and poor treatment in their experiences of healthcare, the system gets as inaccessible as it can get. This is where medical racism comes into play – when healthcare providers rely on the aforementioned stereotypes about the health and sexualities of people of color, they perpetuate the cycle of harassment, gatekeeping, and discrimination that PoC see in other aspects of their lives. This makes them much less likely to seek or share information with healthcare institutions, seek out healthcare services, or follow health advice they get from providers or organizations.

What do we do about this?

Thankfully, there are people working to combat these disparities. Government-funded clinics and nonprofit healthcare facilities like Planned Parenthood try to bridge the gap for low-income populations and communities of color to make services more accessible. Organizations like Advocates for Youth, URGE, and Sister Song try to highlight these disparities and provide tools for combatting stigma and increasing healthcare literacy.

What can you do, as a person of color (or a person that cares about people of color)? Educate yourself – learn about how STIs are and aren’t spread, and how you can protect and take care of yourself. Have conversations with friends and people you care about. Ask your partner(s) about their status(es) and disclose your own. Join a local organization like the ones above that are dedicated to decreasing stigma and improving access. But most of all, look for the facts and ask all the questions.