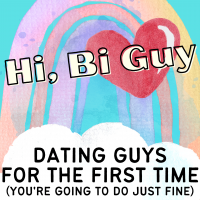 The Benefits of Being Vulnerable With Other Queer Guys