Radical Acts of Compassion: An interview with Denise Rodriguez of the Texas Equal Access Fund 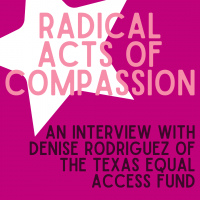 “Abortions are essential health care” is a motto that staff at the Texas Equal Access Fund (TEAF) carry close to their hearts.

TEAF has provided financial and emotional support for those who need help to access abortion services, including the Panhandle, in north, east, and west Texas. As are other reproductive justice organizations in Texas and neighboring states, for long TEAF has been feeling the rise of anti-abortion sentiment and policy.

In an interview with Scarleteen, TEAF’s Communications Director Denise Rodriguez explains the current state of the organization and abortion in Texas, and talks about how marginalized people do and will endure the worst of the brunt from both the recent changes due to the Dobbs decision as well as other restrictions and access issues that were already in place. 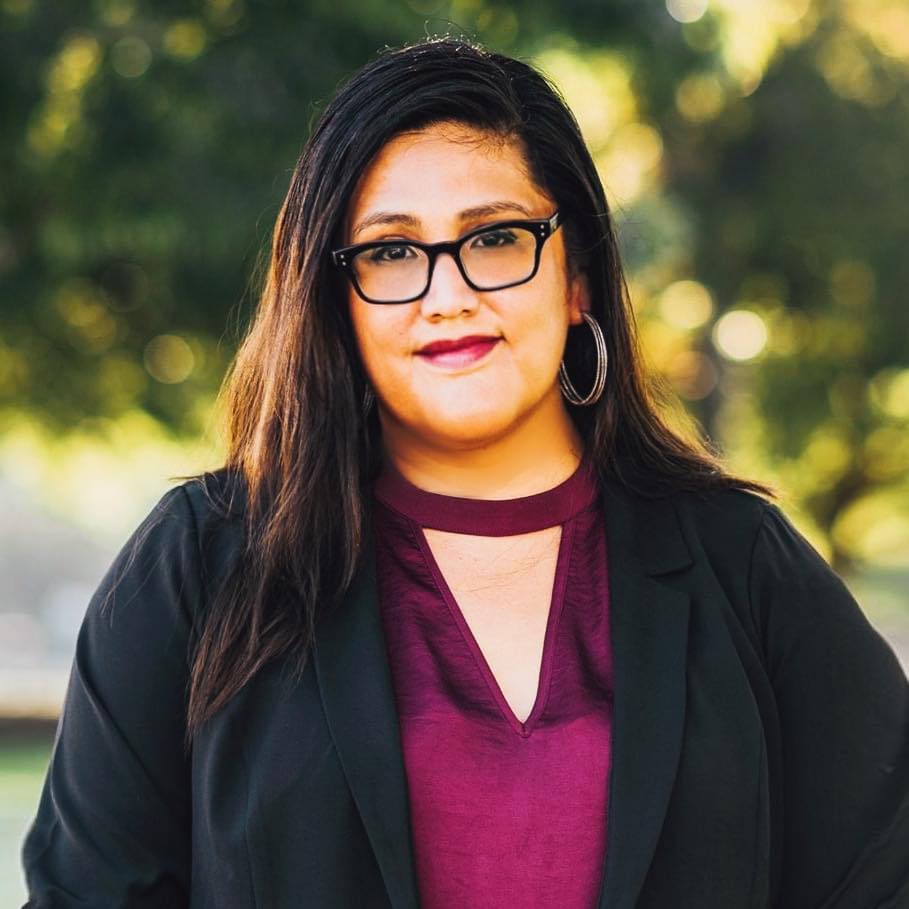 Scarleteen (ST): How does the current state of Roe v. Wade affect the Texas Equal Access Fund? How will TEAF be impacted by the Dobbs decision?

Prior to the Dobbs decision, we provided funding to people who were seeking abortion care but could not afford it, many of them from the Dallas/Fort Worth metroplex and surrounding rural communities. Seventy percent of the people we funded were Black, Indigenous, or other people of color. Almost half were already parents.

Funding abortion is a radical act of compassion. Our work was critical for helping Texans get the care they need, which is why we’ve been targeted by extremist anti-abortion legislators who are seeking to trample our constitutional rights to further their agenda.

For months, the Texas Equal Access Fund has been under a direct threat of criminal liability for supporting pregnant Texans who need abortions. We have been forced to reevaluate and drastically alter our operations in order to protect our staff, volunteers, and donors from criminal prosecutions that violate their constitutional rights.

ST: How has it affected the TEAF’s capacity to operate its services? The Dobbs decision overturned Roe v. Wade, which protected our right to abortion. Without this protection, Texas laws that were not enforced because of Roe are now active and extremist legislators are trying to use them to target abortion funds in Texas by saying that we are aiding and abetting abortions even if they are legal abortions in other states. As a result, we’ve had to pause our abortion funding while we figure out what we’re able to do in this new landscape. We are facing criminalization for simply helping people navigate a system that was set up against them.

In this new era, we are expanding our advocacy work to increase access for Texans. We hosted a rally with more than 3,000 participants. Most of the speakers were local partners or abortion fund storytellers trained and supported by folks at TEA Fund. We have been at the forefront of crafting local policies in Denton and Dallas so that those cities will not prosecute based on pregnancy outcomes. This type of local organizing will help reduce the impact of a post-Roe world.

DR: Abortion bans are systemic discrimination and racism in action—and the impact of SB 8 and other abortion restrictions have been extremely harmful to our most marginalized communities. Barriers to abortion fall hardest on people who already face discriminatory obstacles to healthcare—particularly Black, Indigenous, and other people of color, people with disabilities, people in rural areas, young people, undocumented people, and those having difficulty making ends meet, which are the majority of our callers.

More than 70% of our callers were BIPOC and 62% already parents. Most of our callers did not have health insurance or if they have Medicaid, they weren’t able to use it to pay for their abortions. Some of our callers had health insurance but due to Texas’ insurance coverage ban, they had to pay out of their pockets. (Take a look at our 2021 stats for more info). When people don’t have access, they often go without care.

ST: Your services are offered in English but also in Spanish. How is the work you provide for non-English speakers and/or immigrants different?

DR: We are working to expand our Spanish-language advocacy and stigma-busting efforts. We know that this work is important and should be accessible to folks who speak different languages. We hope to have more opportunities in the future!

ST: What can be said about the specific needs of the immigrants and the non-English speaking population TEAF assists?

Abortion is already stigmatized health care with numerous medically unnecessary barriers, many of these barriers are related to language, finances, and the ability to travel freely to other states. With Texas having a complete ban on abortion, folks have to go to other states to get care. Undocumented immigrants have to worry about going through immigration check points that come up in travel. Also, the additional travel adds a lot to the cost of getting care.

ST: How do these marginalizations make things more difficult those who look to TEAF for help?

This system—the way people are having to access abortion care now—was created by the same extremists who are also working overtime to strip rights away from migrants. Undocumented folks are having to worry about immigration check points to travel to other states to get abortion care when before Dobbs, there were more options, especially in the border area. Even if we were able to fund abortions out of state, people without documents might not be able to get their care if they are worried about getting detained or deported.

ST: Does it extend to undocumented immigrants? What abortion and funding options are available for undocumented people?

ST: We’ve been experiencing another recent rise of power from the far-right and others who are anti-abortion, and that includes a resurgence of threats and harassment towards those providing or undergoing abortion services. How does your organization deal with harassment against your team and those seeking your help?

DR: We have worked with partners to come up with safety protocols to ensure safety of our staff and clients, which includes cybersecurity best practices to help protect our privacy. Usually, harassment [of us] is done on social media and is directed at us. We do not share information about our supporters, former callers, volunteers, donors, or staff to ensure they are not targets.

ST: How can people who have presented their support for abortion with apologies or disclaimers start taking steps to change? What steps do you think are the most important?

I will say that we do want other advocates to be more unapologetic about their support for abortion. There's nothing wrong with abortion.

Abortions help people who don’t want to be or can’t be pregnant. A lot of the shame that comes from abortion is related to stigma. People being able to get the care they need is important for creating thriving communities. First thing folks can do is to actually say the word abortion. Using euphemisms like “choice” or “reproductive healthcare” just perpetuates the idea that abortion is a bad thing.

Many people unknowingly perpetuate abortion stigma by caving in to the fear that supporting abortion publicly will cause backlash. A recent poll from the University of Texas shows that 78 percent of Texans believe that abortion should be allowed in some form. The majority of people support abortion access and organizations should feel emboldened to champion access to abortion as a part of a just world. Abortions are good things.

Another thing folks can do is listen to and uplift people who have had abortions and their stories.

ST: Governor Greg Abbot claims that Texas provides expectant pregnant people “necessary resources so that they can choose life for their child”, meanwhile it doesn’t offer Medicaid coverage for a full year after residents give birth. How you do this work while dealing with these kinds of dichotomies?

I’ve been doing this work for more than a decade and have seen the chipping away of abortion access for Texans for years. I’ve had time to develop the grit needed to do this work by reminding myself that I can only do so much, but I still have to do it. Also being able to have a good balance between work and personal life has helped me to also prioritize my self-care. I also have a great therapist and a gym where I’m able to work through my anger, sadness, disappointment, etc. through my emotions and the stress and anxiety that my body stores. When the Dobbs ruling came out, I had prepared by scheduling extra therapy appointments. (I also did 10 burpees really fast when I saw that that ruling came out).

But yes, this work can be daunting and seem hopeless but the group of activists and volunteers who are fighting this fight alongside me and our TEAm make it way easier to get through it.

ST: What has it been like to work at TEA Fund during and after the Dobbs decision?

While we have paused [our abortion funding], our work has still continued with a lot of it pivoting to advocacy and education. It’s been a rollercoaster ride of emotions but we as a TEAm we’ve been able to support each other so we can see the light in the dark clouds.

What are TEAF’s plans going forward from here? We are still figuring out our next steps, but one thing we will always do is fight for Texans’ right to access abortion. We want to create a world where folks are able to access abortion without barriers or stigma. We are looking into other ways we can support Texans and hope to announce more information about that expansion next year.

How can we all help support the TEA Fund and others in a similar spot right now, including all of you who work there?

In August, we filed a lawsuit to challenge Texas’ cruel trigger ban as well as to fight for our right to fund abortions for Texans who go to other states for abortion care. Our lawsuit seeks to protect our right to free speech and association, as well as protect the right of Texans to travel freely between states. We don’t know how long this fight will take, but we know we’ll need support. Plus, we’ll need to hit the ground running when we are able to fund abortion again.