Hookup Culture and the Impact of COVID-19: An interview with Lisa Wade, PhD 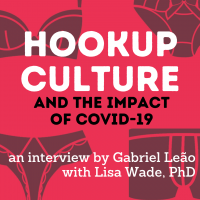 College and university campuses have long been associated with casual sex, be it in the imagination of people or in what media like American Pie 2 (2001) and National Lampoon’s Animal House (1978) have shown us, not to mention what we see in pornography. But due to the Coronavirus pandemic, many higher learning students are having to put their sexual lives on hold.

To talk about casual sex in college life and the effects COVID-19 might be having on it, Scarleteen spoke with sociologist Lisa Wade, PhD, visiting scholar at Tulane University and author of the groundbreaking American Hookup: The New Culture of Sex On Campus (2017).

Scarleteen (ST): In your book American Hookup: The New Culture of Sex on Campus (2017) you traced behavior patterns and identities. What were the outstanding findings of your study?

Lisa Wade, PhD (LW): One of American Hookup’s central theses is that hooking up isn’t merely an option on college campuses, but often feels like an imperative. That is, it’s no longer something students feel that they can do, but something they feel like they should do. Hooking up is now [often thought to be] the “right way to do college” and part of the “whole college experience.” Meanwhile, other ways of forming sexual and romantic relationships, including traditional courtship and dating, but friends with benefits-type relationships and open relationships in which couples are committed but not monogamous, are also off-script.

Some students — possibly as many as 25 percent — genuinely enjoy hooking up. A third of students want no part of it; they opt out of sexual encounters entirely, seeing no other pathway. And the remaining students are hooking up, but with mixed experiences and mixed emotions. As a result of so much discontent, scholars argue that the presence of hookup cultures on college campuses are contributing to rising levels of anxiety and depression.

ST: How do race and gender identity come into play in hookup culture?

So, like in American culture more generally, the students that are both benefitting from and in control of the sexual scene tend to be privileged. As a result, women report less satisfaction with hookup culture than men, as well as higher rates of victimization and lower rates of pleasure. And students of color tend to be more acutely aware of the risks of participation, which include being subjected to racist standards of attractiveness and racialized politics of sexual assault.

LW: Students certainly didn’t invent casual sexual activity, so hooking up is not new. Hookup culture, though, is new. Hookup culture includes the idea that everyone should be hooking up; a clear and widely known script on how to do it, so students exactly how to hookup; and also “institutionalization”, the process by which hooking up becomes part of the rhythm and architecture of college life. Hence, students believe they should hookup, have a good idea of how to do it, and know where and when to go to do so.

ST: Do you see connections in this culture between narcissism and disposable relationships?

LW: I do think that hooking up is consistent with hyper-individualism and status-orientation that is widespread in contemporary American culture. We teach our young people, from the time they’re very young, that they need to climb our social hierarchies or risk falling in them. So, we push them to get the best grades possible, to get into the best college possible, so as to get the most high-paying job they can. In order to do this, they need to compete with their peers and beat them at whatever games determine their value in society. When students apply that logic to sexuality, hooking up becomes a game of status in which they win or lose and climb or fall in an erotic hierarchy. If that’s the logic they encounter with hookup culture, I’m not surprised that it resonates with them because similar ideas are dominant in American culture more broadly.

ST: Given that with the COVID-19 pandemic, most students aren't on campus or in class, how do you believe the pandemic is affecting the hookup of students? What's happening with hooking up right now?

LW: Oh, I think that is a really interesting question! The few students I’ve talked to thus far have given me a mixed impression. Some have said that any pre-virus flirtations disappeared when they went home. Others have said that they and their previous hookup partners have formed a more emotionally intimate relationship; That they got actually friendlier over the phone, talking, texting, sharing their experience of stay-at-home orders. Some women students have complained that they’re doing a surprising amount of emotional work for their previous hookup partners, suddenly acting like pseudo-girlfriends to men who would have snubbed their for getting “too attached” on campus.

ST: Do you have any predictions once school is back in session in-person?  What do you think the impacts of touch and in-person social deprivation will be on students? 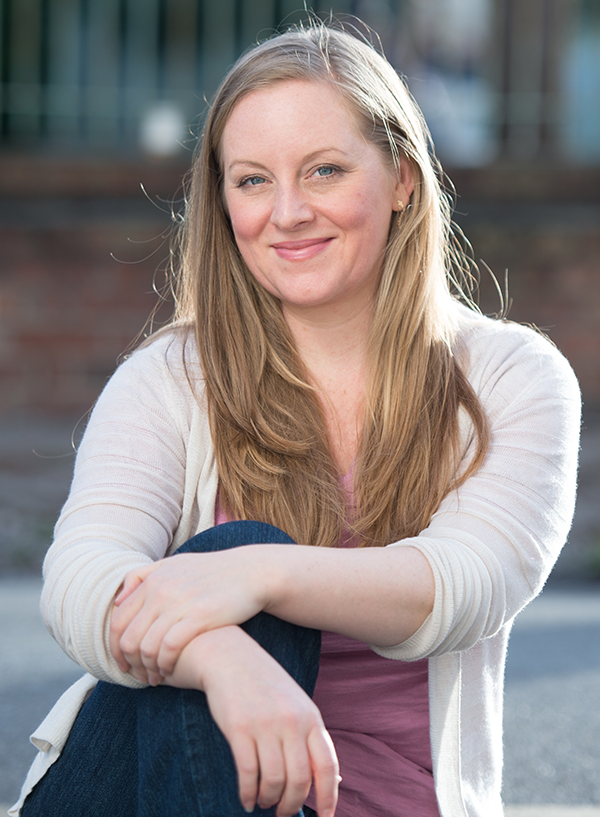 LW: If I had to hypothesize my suspicion is that, when students return to campuses, they are going to display the same wide range of behavior as Americans more generally. Therefore, I suspect that some students will be extremely careful and try to do everything they can to avoid catching or transmitting the virus and others students will be on the other end of the spectrum and be reckless. They may try to pick up where they left off and maybe even make up for lost time, or seek to feed desires that went unsated during lockdown. In which case, hookup culture may be even more frenzied than before.

It will be interesting to see how colleges and universities respond to that behavior because of course their campuses will want to avoid transmission as much as possible. This may mean that colleges have to police their students level of physical distancing, and that will be interesting to watch. I suspect the primary candidates for violating physical distancing rules will be fraternities, since these organizations were founded on and continue to engage in the flouting of authority and the having of fun, come what may. Until now, fraternity parties have been largely tolerated by campus administrators, even though they routinely serve alcohol to minors. If this role on campus is taken away from them, it also takes away some of their social power. So, this may lead to quite different social dynamics on campus, ones with implications for the dominance of hookup culture.

ST: How do you think Coronavirus might change hookup culture for good?

LW: I can see it going to at least two ways. In one hand, I can see young people, and people more generally, responding by focusing on the fleeting nature of pleasure. Some of us may feel more like grabbing life by the horns and grasping for whatever experiences we can get in the moment. We all know now that it can all be taken away in an instant.

So, Coronavirus might make students reach out for momentary pleasures even more aggressively than before. On the other hand, this pandemic is also making us realize how important other people are in our lives and not just as objects or acquaintances but as meaningful connections. So, it is possible the pandemic will make us value intimacy and interpersonal kindness more than ever before. Then, that might lead us as a culture to be more interested in deeper and more long term emotionally intimate sexual connections.

And, undoubtedly, there are many possible impacts that I haven’t yet imagined. Nobody quite knows exactly the impact this experience will be.