What the Hell is the Deal with the Phantom Side Effects of Hormonal Birth Control Methods? 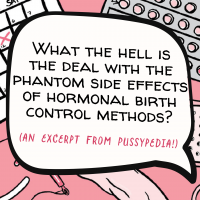 At the very pushy urging of the doctors at my college’s health center, I started the pill the first week of my freshman year. It made me feel terrible. I was emotionally unstable, sad, and disconnected from myself. Once, I cried hysterically in the cafeteria because I waited in line for some chicken but the person before me got the last piece. That moment was a relief actually because it gave me an objective measure of my emotional reactions: something was off. I know with absolute certainty that I don’t love chicken that much. But when I went back to the doctors, they twice assured me that it was just freshman year of college—not the pill—making me feel that way. In fact, I specifically remember them saying, “This is the most studied drug on the planet. There are no side effects.”

I don’t know if I started to feel more normal, or if I just got used to feeling terrible. My memories of college are generally bad, so it may be the latter.

When I finally went off the pill, I went through another huge emotional upheaval, didn’t get my period for about six months, and started growing thick, black hair on the backs of my knees and tops of my toes. I’ve never gone back on any form of hormonal contraception because fuck. that. The whole experience made me feel gaslit by my doctors and scared of intervening with my body.

This is not meant to be a cautionary tale.

Many, many, many people have a much easier and totally fine time with birth control pills and other forms of hormonal contraception (HC). Indeed, many people love HC. And while no other life change has made me feel that terrible, it’s entirely possible that the emotional instability actually was a symptom of starting college. But also, I’m far from being the only one who’s experienced side effects like these. Anecdotal evidence of people feeling terrible on HC is everywhere. There was even a viral New York Times video about a person feeling terrible on HC in 2018, called Birth Control Your Own Adventure by Sindha Agha (and it’s awesome).

Also, the idea that HC could cause depression is totally believable. First of all, sex hormones, like the ones in HC, affect a person’s mood in several ways. This is well accepted and has been demonstrated over and over by many studies.1,2,3 Second, back when HC had way higher doses of hormones than currently available forms do, studies showed that depression was a fairly common side effect (increases in depressive symptoms ranged from 20% to 50%).1 Third of all, many studies have shown that mood disruption and mental illness symptoms are still major reasons that people give for why they stop taking birth control.4,5,6,7,8

But the research on birth control and depression tells an inconsistent story.

There are thousands of studies on the subject, but a few are more highly regarded than the rest because of how they collected and analyzed their data. Four randomized controlled studies (the best, most trustworthy kind of study because it curbs biases in results and uses a control group for comparison, which many studies lack!) looked at whether or not HC causes mood changes, and none of them made a strong case that it does.9,10,11,12 In fact, one found that HC improved symptoms of depression. And then there are the studies that were not randomized and controlled but that made up for that in scale (a lot of study-sample biases disappear when the group being studied is big enough). One Australian study followed 10,000 people with pussies for three years. Another American study looked at 7,000 people with pussies over the course of 14 years. Still nothing linking HC to mood changes. Both showed a slight decrease in depressive symptoms over time.13,14 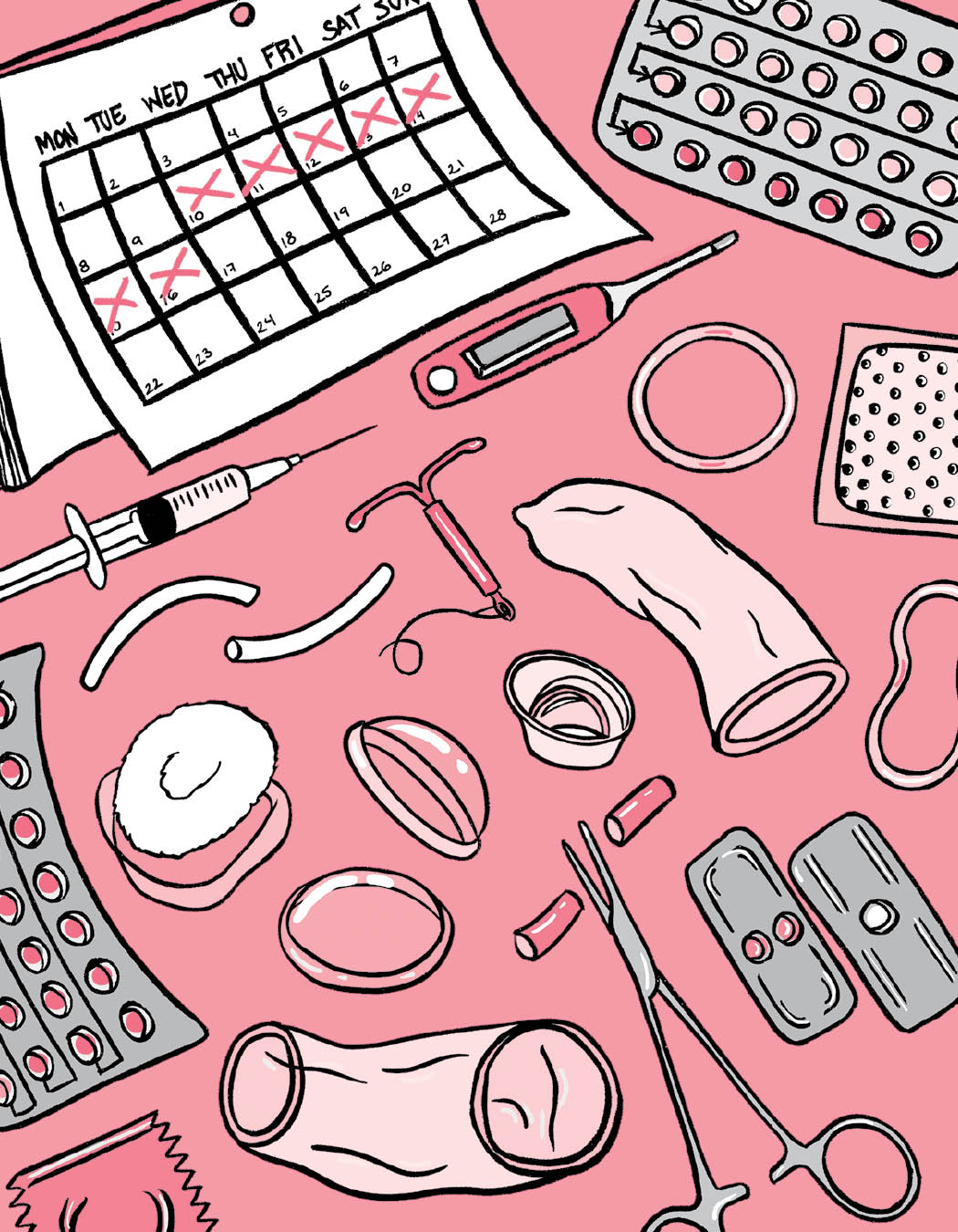 One huge Danish study that followed 1,061,997 people with pussies from 2001 to 2013 did show that HC use was associated with an increase in the likelihood that someone would start taking antidepressants or get diagnosed with depression at a psychiatric hospital (2.2 and 0.3 per 100 person-years,* respectively, compared with 1.7 and 0.28 per 100 person-years for nonusers), especially among adolescents. Interestingly, it found that the risk of depression increased steadily for the first six months of HC use, then decreased slowly, returning to pre-use levels four years later. Also, rates of depression were higher for users of progestin-only methods than they were for users of combined methods.3

A 2019 review of 90 smaller-scale studies on the effects of HC identified a few consistent patterns of HC side effects such as: a decreased ability to read other people’s emotions as well as thinking everyone else is feeling worse than they really are; having way more intense emotional reactions (crying about the chicken); getting less pleasure out of things we like; and messing up the way we respond to stress. These feel like validating findings, but the data isn’t, like, superstrong since the studies reviewed are all fairly new and most haven’t been replicated. (As the authors remind us, “Results have to be interpreted with caution, as the evidence is observational in most studies, and therefore, we cannot infer causality.”)15,16

And still, it’s a fucking lot of studies. What this review made me think is that perhaps a lot of studies that look at HC’s effects are too focused on depression when maybe what we’re looking for is just a nebulous combination of smaller, harder-to-pinpoint effects that amount to feeling weird and bad.

Other recent reviews of studies about hormonal birth control have tried both to explain why so many studies have turned up inconsistent results and to identify any consistencies among studies’ results.

Dr. Ellen Støkken Dahl and Dr. Nina Brochmann also reviewed this mystery and some of these studies in [the book] The Wonder Down Under. They concluded that this whole thing might just come down to coincidence and confirmation bias:

Depression, mood changes, and irritability are such common phenomena in the population that this is likely to be a trick of chance. If, in addition, you’ve heard that contraceptive pills can cause mood changes and depression, it’s even more likely you’ll draw this conclusion, given that [many people report negative effects from placebo treatments if they think those treatments cause negative effects]. Rumors of mood changes spread like wildfire among female friends on Internet forums, and suddenly, you start to see your own experiences in a new light.17

They might be right. Their theory is plausible. But based on the data, my personal experience, and the countless conversations I’ve had with so many people about their similar experiences, I have a feeling that there’s more to be discovered. If you’re crying about chicken, I don’t think you’re hysterical. But for more of an explanation, we’ll have to wait and see.

Excerpted from Pussypedia: A Comprehensive Guide by Zoe Mendelson, illustrated by María Conejo, inclusing the illustration shown on this page. Copyright © 2021. Available from Hachette Go, an imprint of Hachette Book Group, Inc.